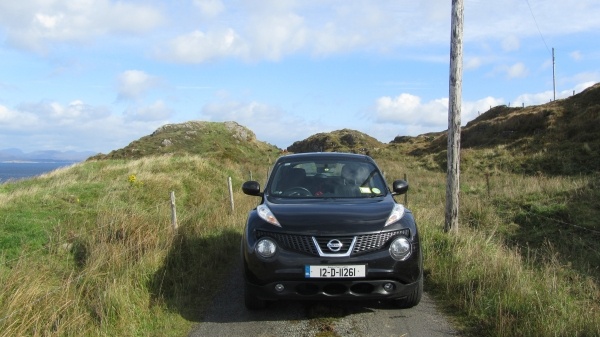 If you have started research­ing a trip to the Old Sod, you have prob­a­bly come across the term, The Wild Atlantic Way. A cre­ation of Failte Ire­land (http://www.failteireland.ie/) , which is the National Tourism Devel­op­ment Author­ity of Ire­land, the Wild Atlantic Way stretches from Done­gal in the North to Cork in the South.

The Wild Atlantic Way (http://www.thewildatlanticway.com/en/) is a coastal dri­ving route that brings you to the far cor­ners of the west coast of Ire­land. Stretch­ing more than 1500 miles the WAW will be the world’s longest dri­ving route with dozens and dozens of towns, vis­tas and unique places to stop and explore. Although the sig­na­ture appeal of the route will be the nat­ural beauty that you expe­ri­ence at every turn in the road, it is the peo­ple that you’ll meet along the way that will bring you back to the WAW again and again.

The length of the WAW should not to be dri­ven in one trip. To do so would be to miss the point of going to Ire­land in the first place. The WAW is meant to be expe­ri­enced, not just seen and expe­ri­enc­ing this mag­i­cal place can only hap­pen one stop at a time.

Let’s con­sider the dis­tance involved. 1500 miles is roughly the dis­tance from Boston to Miami. With no stops, it would take you 22 hours. But you’re going to have to stop for gas sev­eral times, not to men­tion sleep. In col­lege I made the trip with friends, rotat­ing the dri­ver and mak­ing sure the stops were quick ones. It still took 25 hours. And I am not in col­lege anymore.

The drive from Boston to Miami is almost entirely on Inter­state 95 which means at least 60 miles an hour. In col­lege it meant much faster than that but it still took 25 hours. Con­sider that in Ire­land you will not be on Inter­state 95. In fact the pic­ture below is part of the Wild Atlantic Way. While it is pos­si­ble that you might be able to drive 60 Miles per hour on this stretch of road, the climb ahead maxed out at about 15 MPH. Cer­tainly not all, or even most of the WAW will look like this but it also doesn’t look like I-95.

The main point of trav­el­ing the WAW is to stop, gawk at the scenery, wan­der around and talk to the locals. The Irish are the most wel­com­ing peo­ple on earth. When you travel the WAW you will get into some of the most out of the way unhur­ried places you will ever visit. Talk to peo­ple about what they do and what you should see and expe­ri­ence while you are in their lit­tle cor­ner of heaven.

Talk about get­ting off the grid! You might for­get the way home.